No for cannabis in the EUIPO

More and more European countries allow the use of cannabis for medical purposes. Consequently, the first entrepreneurs who want to invest in a dynamically developing industry start to appear on the market. We know very well that no economic activity, regardless of the sector, can do without the use of trademarks. They may be protected by both national and EU law. The policy of the Member States regarding medical marijuana is not uniform and therefore there may be disputes over which labels deserve legal protection at the EU level.

The case at hand concerns the following figurative sign, which the German company Bavaria Weed GmbH applied for registration as an EU trade mark intended to designate services in classes 35, 39, 42 and 44 of the Nice Classification, including, inter alia, the production and sale of medical cannabis: 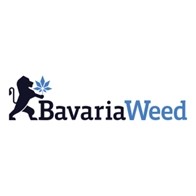 In 2019, the EUIPO refused to register the trademark, citing Art. 7 (1) (f) of Regulation 2017/1001 on the European Union trademark, pointing that trademarks that are contrary to public order or to accepted principles of morality shall not be registered. As a result of an appeal brought by the German company, the issue was resolved by the General Court.

The mark at issue consists of an image of a lion standing on its two legs holding a hemp leaf and a word element consisting of the words ‘Bavaria’ and ‘Weed’, the latter being a colloquial term for marijuana. According to the company, the EUIPO Board of Appeal erred in law by incorrectly assuming that the designation encourages the consumption of marijuana. Bavaria Weed pointed out that this mark is intended only to designate services related to the therapeutic use of cannabis in the treatment of various types of serious diseases.

The EUIPO Board of Appeal indicated that the mark should be assessed taking into account the relevant public consisting of the average consumers – not those who are not shocked by anything or those who are easily offended. The assessment shall also take into account those recipients to whom a given good or service is not addressed directly, but who may incidentally come into contact with a given sign. Due to linguistic, social, historical and cultural differences, the assessment of compliance with public order and accepted principles of morality may differ depending on the Member State. In line with Art. 7 (2) of Regulation 2017/1001 the provisions on non-registrability of EU trademark shall apply notwithstanding that the grounds of non-registrability obtain in only part of the Union.

The General Court took the position that the relevant public of the trademark includes not only specialists from the medical or pharmaceutical industry, but also ordinary consumers who are not professionals, including minors. The use of the slang term ‘weed’ and the characteristic image of a marijuana leaf evoke connotations with its recreational use as a psychoactive substance, which remains illegal in most European Union countries. The General Court also pointed to the wide range of services indicated by the applicant in the registration application, not all of which were directly related to the medical use of cannabis. Considering the above, the General Court found the designation inconsistent with public order, pointing to, inter alia, public health considerations and the need to counteract the promotion of illegal marijuana consumption.

The medical cannabis industry in the European Union is still a fledgling sector functioning in a dynamically changing legal environment. This applies not only to regulatory issues, but also to intellectual property law. Therefore, when designing trademarks, one should be extremely careful in order to avoid refusal of its registration. Using words or figurative elements culturally associated with recreational uses of marijuana may be tempting due to their high recognition and positive connotations evoked by some consumers. However, it is risky from the point of view of the compliance of such signs with public order and accepted principles of morality.