In March 2021, The Court of Justice of the EU issued an important preliminary ruling in the field of trademark law. It confirms the necessity to respect the principles of EU law before the rules of national law, also in terms of the burden of proof. The case concerned the demonstration of the non-use of a trademark for five consecutive years, which leads to its revocation.

Globus Holding is the holder of the word trademark MAXUS. The mark was registered in July 1996 with the German Patent and Trademark Office for a number of goods in classes 1-9 and 11-34. The company is also the proprietor of the figurative trade mark registered in the same year and the same classes, shown below. 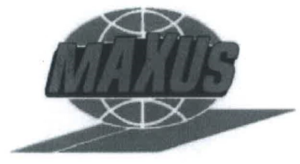 In November 2019, the Maxxus Group brought an action before the German national court in Saarbrücken seeking a revocation for non-use of Globus Holding’s trademark rights.

Under EU law, the entity applying for revocation of the trade mark is not required to prove non-use. Under German law, it is for the plaintiff to provide substantiated evidence to demonstrate the non-use of a trade mark. For this reason, that party should investigate to determine whether the proprietor has used the trade mark in question in a manner that maintains its rights.

The German national court noted that in the light of the CJEU case law (the judgment in the case of Ferrari C 720/18 and C 721/18), the correctness of such solutions in German law is no longer tenable. Because according to the EU interpretation of Art. 12 sec. 1 of Directive 2008/95, the burden of proof that a trade mark was ‘actually used’ rests with the trade mark proprietor.

In those circumstances, the Landgericht Saarbrücken asked the Court for a preliminary ruling on whether the provisions of national procedural law were compatible with EU law.

The Court held, first of all, that:

The Court of Justice also referred to the arguments of the referring court regarding the possible risk that proceedings on revocation of a trade mark due to non-use of a trade mark will be initiated solely to disclose the trade secrets of the trade mark proprietor. The CJEU indicated that the Court’s case-law shows that evidence of genuine use of a trademark must relate to the use of the same trademark on the market, which as such does not fall within the scope of a commercial secret.

Thus, when answering the question, the CJEU stated that Art. 19 of Directive 2015/2436 precludes a procedural law of a Member State which, in proceedings for revocation of the right to a mark on the grounds of non-use of a trademark, obliges the claimant to conduct a market analysis of the possible use of that trademark by the right holder and provide, to the extent possible, reasoned arguments in support of that request.

The judgment of the Court of Justice of the European Union clearly confirms that it is not possible to reverse the burden of proof in the event of different national regulations.

In the Polish legal system, the Industrial Property Law Act in Art. 169, point 6 indicates that “in the event of initiating proceedings on the expiry of the protection right, the obligation to prove the use of the trademark or the existence of important reasons justifying the non-use of the trademark rests with the holder of the protection right”. Thus, Polish law complies with EU regulations.